For Flowers that say what you feel, Rose & Blossom is the perfect choice. With two locations serving Spokane, WA & Spokane Valley, WA, we are among the area's largest and favorite florists.

Rose & Blossom started in Spokane in 1992, and has received a number of awards over the years from various newspapers and publications naming Rose & Blossom the area's favorite florist.

At Rose & Blossom, we are committed to quality and service. Our 100% satisfaction Guarantee is our personal commitment to creating long term relationships with our customers.

Login to check your balance or redeem rewards 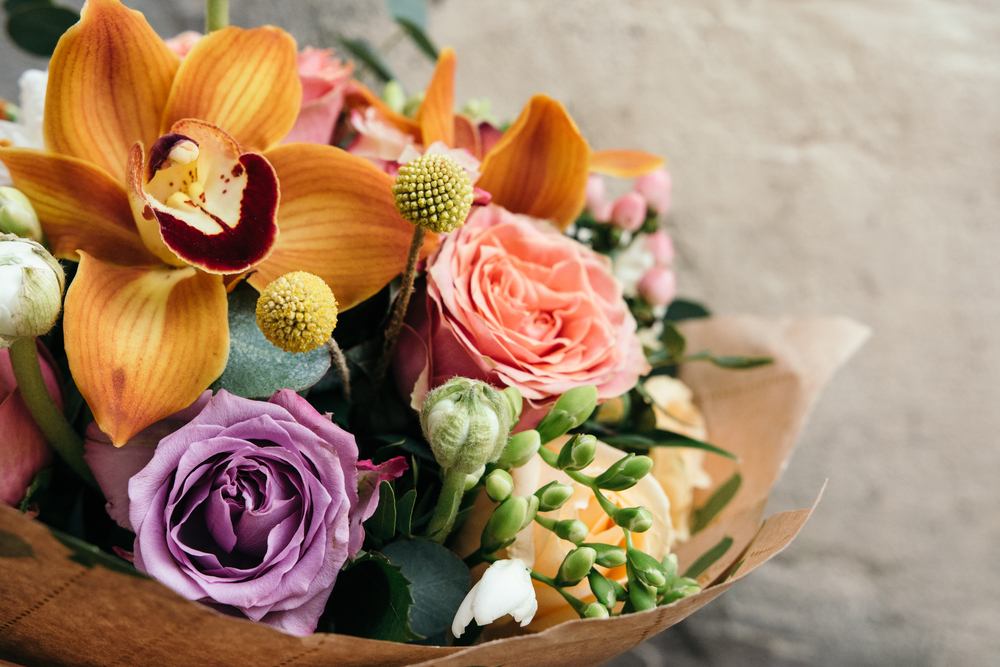 Whether it’s because of their aromatic smell, vibrant colors or delicate petals, flowers are natural mood boosters. Humans seem to understand this intuitively. Why else would we give flowers as gifts, decorate our homes with them and use them to celebrate momentous occasions?

As it turns out, there’s significant scientific proof that we should all “stop and smell the roses.” A series of studies conducted in the early 2000s demonstrated the immediate and long-lasting effects flowers can have on our mental and emotional well-being.

Researcher Roger Ulrich conducted a study examining flowers’ and plants’ impact on workplace productivity at Texas A&M University in 2003. The 101 participants were placed in one of three environments with different decor, including:

The participants then performed creatively and mentally demanding tasks and reported their moods.

The study found that plants and flowers improved the creativity of women’s proposed solutions and increased men’s idea output by 30 percent.

In 2005, the journal Evolutionary Psychology published the results of three groundbreaking studies conducted by Rutgers University professor Jeannette Haviland-Jones . They explored the many ways flowers may have evolved to elicit a positive psychological response in humans.

The first study analyzed the way 147 women reacted when given one of three gifts:

While the participants responded favorably to all three gifts, those who received the bouquet gave the Duchenne smile – a “real” smile with wrinkles around the eyes – 100 percent of the time .

The members of the flower group reported a slight improvement in their level of social activity. They were also twice as likely to display their bouquets in communal spaces compared to participants who received food baskets or candles.

The second study involved surprising 122 participants – both male and female – with either:

The participants were handed the item before walking on an elevator. Like the first study, many of the participants gave a Duchenne smile when given the daisy, regardless of sex.

Receiving a flower immediately altered social behavior. Typically, most people stand silently toward the back of an elevator, either looking down or at the panel displaying the floor numbers. However, in this study, people who were given a flower were more likely to:

The last study focused on the impact flowers had on 113 senior retirees – mostly women. Almost all participants were in a retirement community, assisted living facility or some other senior program. They either received:

The first bouquet was the same floral arrangement from Study 1, and the second bouquet was comprised entirely of yellow flowers.

Seniors receiving flowers saw marked improvement in both mood and performance on a memory test.

The next year, in 2006, Harvard psychology researcher Nancy L. Etcoff released her own findings about flowers and positive mood . The study relied on diary accounts from 54 participants who were given either flowers or another décor item to place in their home.

The presence of flowers seemed to have an immediate impact on participants’ well-being. Within just one week, they reported more compassion and fewer negative emotions like stress and anxiety. Some even found that their enthusiasm for work improved.

Lighten Your Mood With a Bouquet From Rose & Blossom

We may never know exactly why flowers make us feel better, but it’s clear they have a positive impact. A fresh, colorful bouquet from Rose & Blossom is the perfect way to spruce up your home, celebrate summer or brighten a loved one’s day.

We offer custom floral design and same-day delivery to Spokane, Spokane Valley and the surrounding areas.  Call us at (509) 921-7673 to design your floral arrangement today!